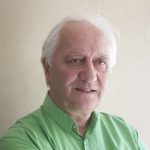 Co-founder, The Creative Bureaucracy Festival, Berlin | Author of The Creative City: A Toolkit for Urban Innovators

Charles Landry invented the concept of the Creative City in the late 1980s which brought together culture, creativity and urban transformation. Its focus is to show how cities can create the enabling conditions for people and organizations to think, plan and act with imagination to solve problems and discover opportunities. The notion has become a global movement and changed the way cities think about their capabilities and resources.

Charles Landry facilitates complex urban change and visioning processes and has created his own research agenda. These include the ‘Creative City Index’ initiated originally with Bilbao. This is a strategic tool that measures, evaluates and assesses a city’s creative eco-system and its capacity to adapt to deeper trends and global shifts. Recently launched is the ‘City Personality Test’ which looks at how a city’s psychological state and psyche determines their prospects.

His latest project is ‘The Civic City: Urbanity & citizenship in a nomadic world’ which brings together his work over the last decade including the concept of ‘civic urbanity’, ‘creative bureaucracy’ and ‘the management of fragility’.