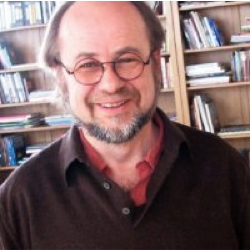 Trained in visual arts and theatre at Laval University and Concordia University, Roger Parent has been a sculptor, photographer, creative director, technical director, lighting & soundman, scenographer, and producer. He has collaborated on more than 5000 shows in North America, Europe and Asia. An eclectic thinker who excels in managing creative teams, Roger dedicates himself to innovation and interactive scenography, architectural and advanced creations for public spaces and galleries, and the field of entertainment. As executive producer, he has participated in creative development for Cirque du Soleil and in the presentation of the Cirque’s first permanent shows in Las Vegas. Roger has worked on numerous designs for hotels, casinos, and museums in Europe, Asia, the Middle East and America. As well as being a member of the board of directors for the MUTEK international festival of digital creativity & electronic music and for Tout à Trac Theatre, Roger is also a member of the Program Committee for Montreal’s Quartier des Spectacles.

He is often invited as a speaker by Mosaic, HEC Montreal’s Creativity & Innovation Hub, for various conferences on the business of creativity and as a guest lecturer at their “Montreal-Barcelona, Summer School on Management of Creativity & Innovation”. York University in Toronto and the Carnegie Melon Entertainment Technology Centre have also sought his opinion on the future of the creative industry.