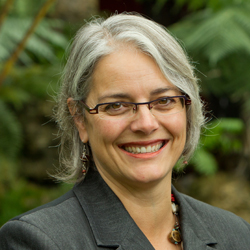 As Director of the Biodôme since 2006, she has made a substantial contribution to its development, spearheading its accreditation with the American Zoo and Aquarium Association (AZA) and signing agreements with various university and museum institutions. She was also involved in the preliminary planning for Biodômes in Thailand, Peru, France and Qatar, and served as President of Canada’s Accredited Zoos and Aquariums from 2008 to 2010. Ms. Léger was also a science columnist for the Radio-Canada radio program Les Années-lumière with Yanick Villedieu from 1998 to 2012.

Ms. Léger was named professional woman of the year by the Salon de la Femme du Québec in 1993, and in 2008 received the Prix Méritas from the Fédération acadienne du Québec, awarded to an Acadian public figure living in Quebec. In 2010, the Université de Montréal presented her with an honorary degree saluting her professional achievements.