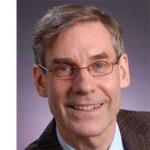 Pierre Duplessis completed a Doctorate degree in medicine (Université de Montréal), a Master’s degree in Public Health with a major in Health Administration (Harvard University) and a Specialty degree in Community Medicine (Université Laval). He began his career as a general practitioner to continue in public health and in health care management until the late 1990’s. During this period, he held various administrative positions in the health care sector from District Public Health Officer, VP Medical Affairs in a major teaching pediatric hospital, Senior Medical Advisor to the Deputy Minister of Health to Deputy Secretary General of the Quebec College of Physicians.

From 1997 to 2007, Dr. Duplessis served as Secretary General and CEO of the Canadian Red Cross Society, the largest humanitarian organization in Canada. In this capacity, he successfully repositioned and restructured the organization after transferring the blood program in 1998. From June 2007 to 2009, he was appointed Special Envoy for the Secretary General of the International Federation of Red Cross and Red Crescent Societies in Geneva for the H1N1 pandemic.

Dr. Duplessis is now consultant in management and public health with particular focus on crisis management. He is serving as expert in project implementation and evaluation at national and international levels, his current assignment being with the Ministry of Health and Social Servicesin Québec (Canada) for the SARS-CoV-2 pandemic.

Beginning in 1980, Dr Duplessis taught at McGill University, Université de Montréal and University of Ottawa and has published several papers and two books. Upon his return from  Geneva he was re-appointed associate professor at Université de Montréal. All through his career he served as volunteer for many not-for-profit organizations; he is currently Chair of the Montreal Clinical Research Institute Board of Directors.

Dr. Duplessis is married to Dr. Martine Dozois and they have three children, Nicolas, Véronique and Élisabeth, and seven grandchildren.