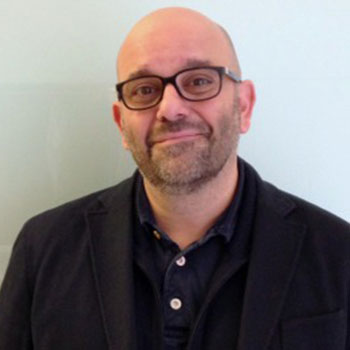 Born in 1965, Pep Torres has a renaissance-style vision and works as an inventor, consultant, speaker, designer, writer and also collaborates on TV and radio programs.

Since 2005, he has been running the invention and creativity studio Stereonoise S.L.; a company dedicated to the development of new products, creative consultancy and generating media attention for its clients. His inventions and proposals have received worldwide recognition on numerous occasions and have appeared on the front page of such prestigious newspapers as the Wall Street Journal or TIME Magazine.

In 2006, he was awarded the Barcelona Premi Ciutat in the multimedia section for the exhibition “Futour, un tour por el futuro”. In 2009, one of his inventions appeared on TIME magazine’s list of the fifty best inventions in the world.

For three years, Pep Torres has created and managed the AATIC International Ideas and Inventions Fair held annually in the coastal town of Vilanova i la Geltrú (Barcelona). He is also on the international judging panel of such prestigious innovation fairs as Inpex in Pittsburgh, Inova in Zagreb, Euro Invent in Romania and the British Invention Show in London.

Pep’s career has inevitably led him to open the miba, The Museum of ideas and inventions of Barcelona. This is the first permanent museum dedicated to inventions that supports and channels creativity and invention through inspiration, training, communication, and by building relationships with leaders in innovation at all levels.