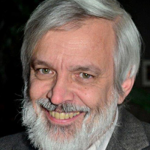 Prof. Llerena studied economics at the University of Strasbourg and the European Institute of Florence. He obtained his doctor’s degree in 1985. This was the beginning of his academic career at the University Louis Pasteur in Strasbourg. Having been professor for economics since 1988, he was elected dean of the Faculty for Economics and Management at the University Louis Pasteur. Afterwards he became Vice President of its finance and development department and later of the industrial relationships department. After working several years as Assistant Director in the Bureau of Theoretical and Applied Economics (BETA), he took over the director’s position in 2003, which he held until December 2008. Furthermore, he has been co-coordinator of the EU funded network of excellence “Dynamic of Institutions and Markets in Europe” since 2005. Since 2009, Professor Llerena is also Managing Director of the Strasbourg University Foundation.

His numerous publications in renowned journals and books discussing problems of innovation economy and economic policy illustrate his scientific achievements.