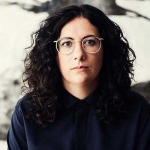 A rare woman in the neo-classical world, Alexandra Stréliski creates music that thrills the listener emotionally, filling the mind with rich cinematic images.

An artist who grew up between Paris and Montreal, Stréliski comes from a long line of Jewish musicians and was immersed in the music of both continents during her childhood. At a very young age, she was as interested in classical artists such as Chopin and Satie as she was in film music composers such as Zimmer, Glass and Nyman. Recruited by the advertising world at the dawn of the millennium, the musician has won several honours for her creations in this field: the CREA award for best music in a Canada-wide advertisement in 2007, a Bessies award at the Toronto Marketing Awards in 2010, and another CREA award in 2014 for best music in a Quebec campaign. Nevertheless, Stréliski strongly felt the need to devote herself to free creation, which led her to record Pianoscope and follow her path as a full-time professional artist and musician.