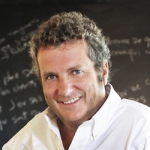 Sylvain Lafrance started working at the Canadian Broadcasting Corporation in 1978 as a journalist. In the fall 2005, the board of directors of the CBC/Radio-Canada named him executive vice-president of Radio-Canada’s French-language services and tasked him with integrating Radio-Canada’s radio, television and Internet services. He left Radio-Canada in October 2011 and became an adjunct professor at the HEC Montréal, a position he holds to this day. He is also the director of “Gestion”, a quarterly journal dealing with the broader trends in the management world.

Mr. Lafrance is a “fellow” of the Public Policy Forum of Canada and the chair of the board of directors of the Conseil des Arts et des Lettres du Québec.